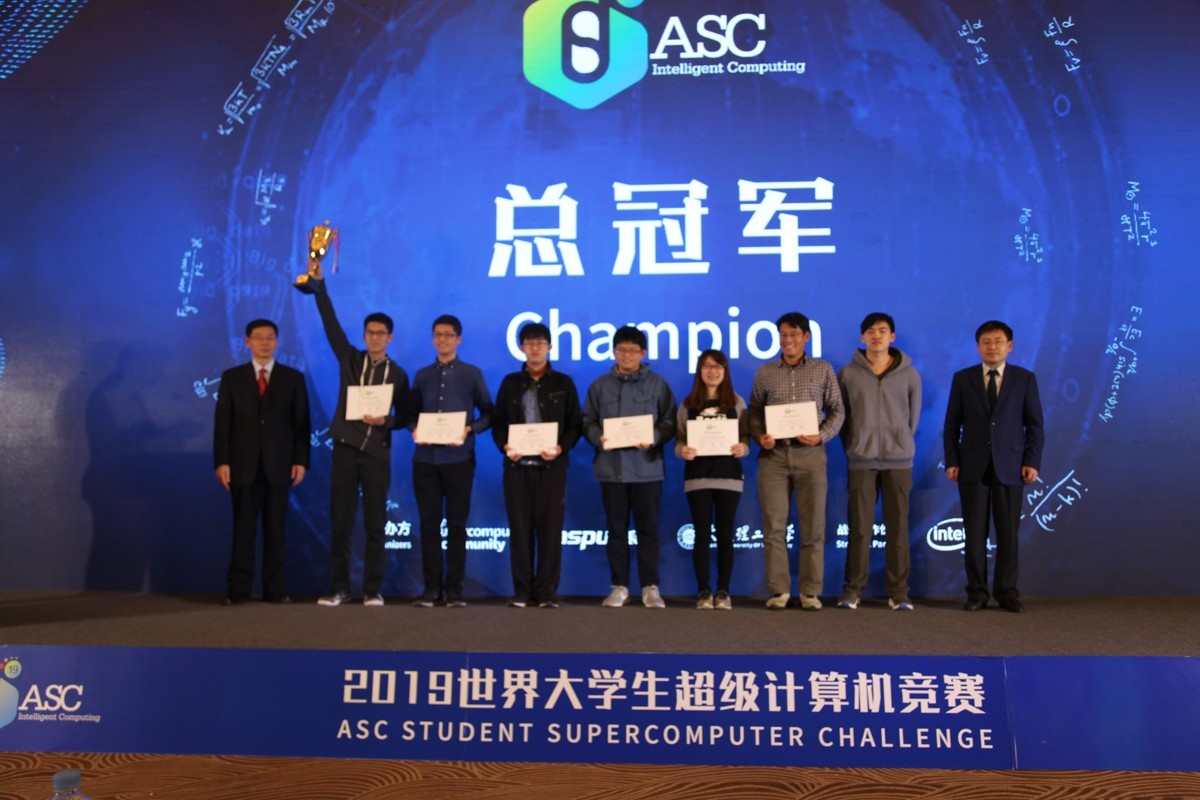 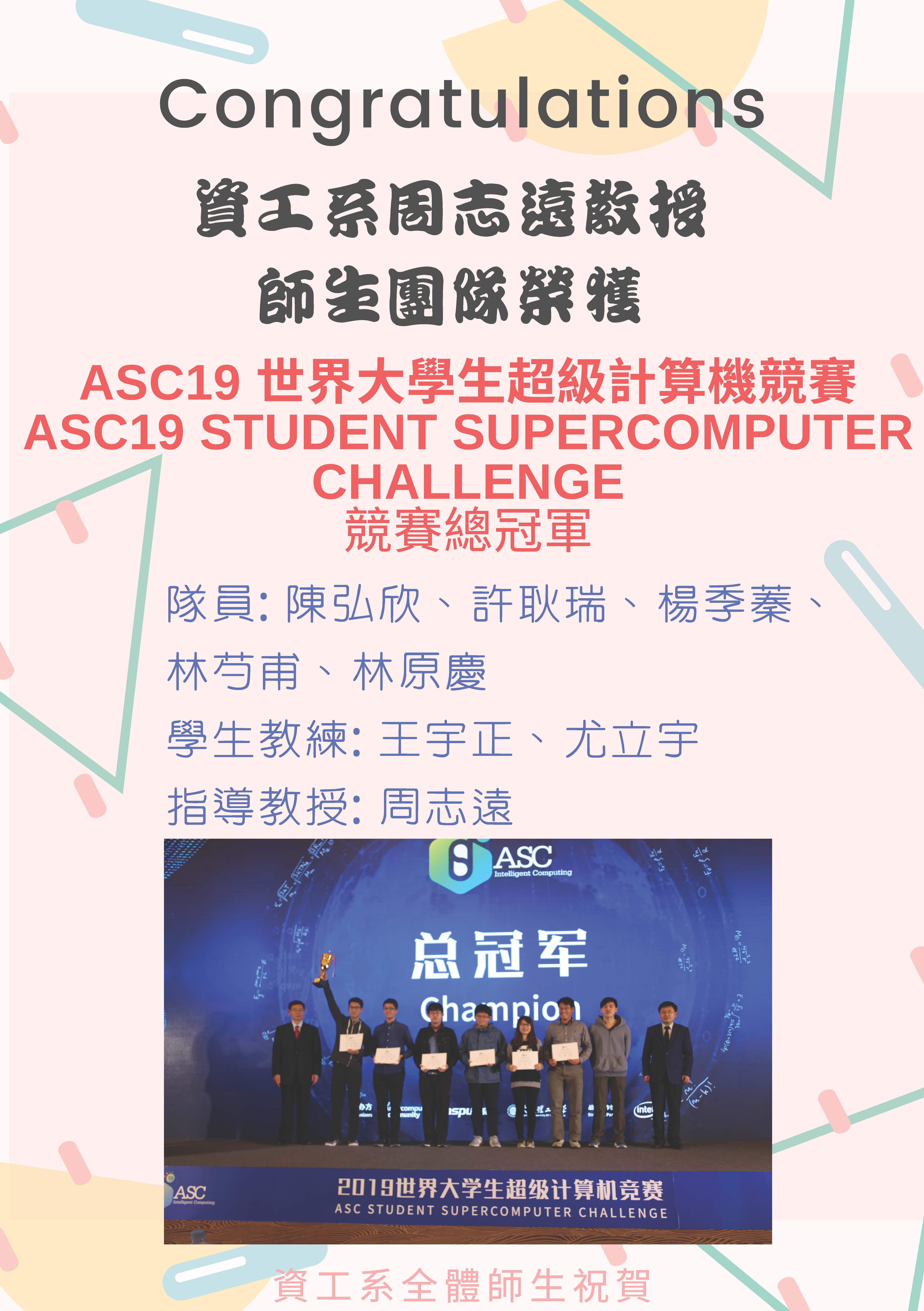 The team consists of students from department of computer science participated in ASC Student Supercomputer Challenge and won the championshop. ASC held in China, Dalian this year is one of the most significant scale of Student Supercomputer Challenge globally. It is said to be the world's three student supercomputer challenge  with SCC in United State and ISC in Germany. Tsinghua University who won the championship of the above three challenge obtained the second place in ASC.

Associate Professor Jerry Chou from department of computer science who guided the team to win has taken students for the competitions many years. In SCC, he won the championship in 2010 and 2011 and the world's highest computing performance award in 2007, 2008 and 2014. As for ACS held in Chine, Jerry Chou also guided the students to win the second place,  preceded only by Tsinghua University.

Jerry Chou notes the key to triumph is that some of the students had participated in the SCC in the United State last year. "Performing well on the spot is the main reason why we can win", he said.

The champion team consists of five junior and senior students, including Chen Hong-Xin, Xu Geng-Rui, Lin Yuan-Qing, Lin Shao-Fu, Yang Ji-Zhen, otherwise, two students ,You Li-Yu and Wang Yu-Zheng, held the post of the coach. The team leader, Chen Hong-Xin, expressed that every team member had spend almost 20 hours on discussing and preparing every week from the summer vacation last year. As a result, they can decide correctly and performe stably under urgent condition and achieve the final victory.

ASC had paid extreme attention on the area of artificial intelligence recently. The only girl in the team, Yang Ji-Zhen, is responsible for the part of AI face recognition and tries to convert the  low-resolution image to the high-resolution image. She told that she was a person who don't like planning before, but she need to report her progress rate every week after teaming up. This kind of pressure prompted her to promote the skill of computer comprehensively. She is especially thank to Jerry Chou for his positive courage and urging the team to go forward with confidence.

Jerry Chou is particularly thanks to Quanta Cloud Technology and Quanta Computer for thier finicial aid on computer equipment and going abroad for competitions, and National Center for High-performance computing for assisting on the software engineering.  With training the high-performence computing technology talent for Taiwan in mind, he stated that he will put more efforts in the future. By winning prizes in every competition, he want more new generation to devote themselves into high-performence computing application and development.

There are 20 teams from famous univisities entered the final round this year. In the period of 5 days, every team was required to build a supercomputer system on site and optimize 7 problems of high-performence computing and artificial intelligence such as global climate change simulation. And the system should be make sure that its maximum power won't exceed 3000W.

The judges of this competition gave our team a good feedback and considered the performence of our team is perfect in the finals. The general assembly also observed that more and more girls participate in these international supercomputing competitions.